Dixondale Farms began humbly as a small family farm in South Texas in 1913. Over 100 years later, Dixondale Farms has grown to become the largest grower of onion plants in the USA. Now in its fourth generation of family ownership, Dixondale Farms is known for its industry-leading expertise in all aspects of onion growing.

DIXONDALE FARM OVER THE YEARS 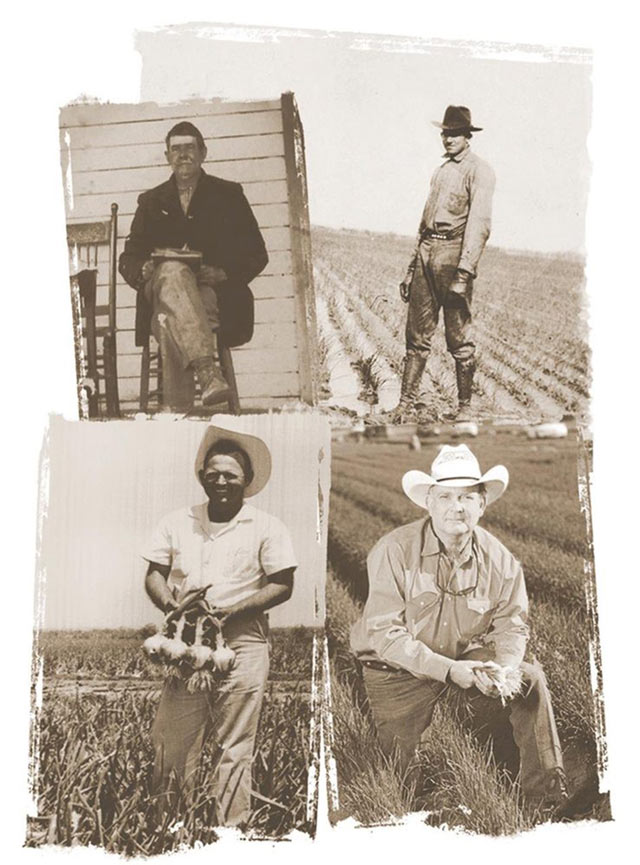 1913— John Mabson McClendon and his 14-year-old son Earl buy land in Dimmit County, Texas (just outside of Carrizo Springs, Texas) for a cabbage and onion farm.

1917— Dixondale Farms expands. The land purchased was known locally as Dixondale. The McClendon’s decide to keep the name and call their farming operation Dixondale Farms.

1930s— Earl hires farmers to grow crops for Dixondale Farms. The crops are then shipped by rail and mail to customers.

1941-1945— Lula spearheads the company’s early mail order business. During the “Victory Garden” years of World War II, Dixondale Farms experiences an enormous boost in its customer base for onion plants.

1942— Son dies from injuries sustained when a horse falls on him, leaving Dixondale Farms without an heir apparent to take over the business.

1948— Earl invites his son-in-law, Wallace Martin (Sissy’s husband), into the business. Wallace is clearly being groomed to take over the company in the future. Wallace purchases a farm in Cometa.

Late 1950s— Earl focuses on the company’s ranching operation, leaving Wallace (3rd generation leader of Dixondale Farms) to run the farming operation of Dixondale Farms. Cabbage, onion plants and full-size onions are the primary crops. By the end of the decade, cabbage growing is phased out, and the farm begins to grow cantaloupes as a summer crop.

1959— Dixondale Farms expands its farming operation again. Cauliflower and carrots are added to crop line-up at the new plot of land in to La Pryor, Texas.

1961— Wallace, captain and commander of the local Texas National Guard unit, is activated into the U.S. Army during the Cuban Missile Crisis. He and 40 families from Carrizo Springs move to Atlanta, GA for one year. Earl runs the farming operation and harvest with Miguel Campos, his wife, and their son Basilio. Basilio continues to run harvest crews for the next 48 years.

1966— Hard times hit the farm. A hard freeze in the winter causes a complete crop failure. Bank loans are needed to purchase seed for the following year’s crop. Sissy goes back to work as a school teacher to help pay bills.

Late 1960s— Dixondale Farms focuses on its two most profitable crops: onion plants and cantaloupes. The onion transplants are grown in the early spring and trucked to commercial onion farmers. The cantaloupes are grown in the summer and are mostly sold in bulk from the fields. 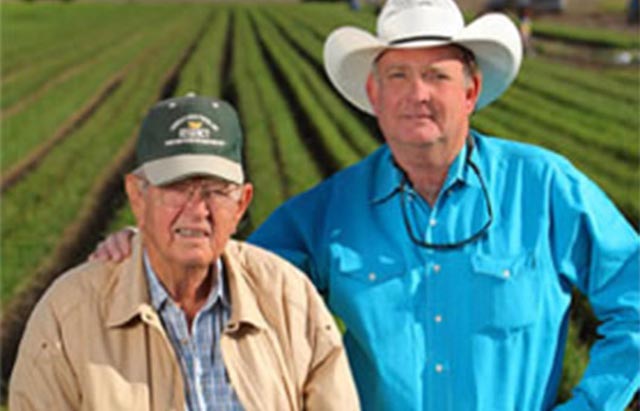 1980s— Wallace invites his son-in-law, Bruce Frasier (married to Jeanie Martin), into a leadership position at Dixondale Farms. Bruce and Jeanie Martin join the farming operation. They begin learning the onion-growing business, one plant at a time. Bruce has no previous farming experience. He is a graduate of West Point Academy, and served in the U.S. Army. By the end of the decade, Bruce and Jeanie are in place as the fourth generation of family leadership at Dixondale Farms.

1985— The worst freeze of the century hits Vidalia, GA, killing the entire crop of Vidalia onions. Few onion plant growers outside the state of Georgia had any “Granex” onion plants available (preferred variety for Vidalia, GA). Prices skyrocketed. Bootleggers began transporting Texas onions to that region, repacking them in Vidalia bags. In 1986, with a very limited supply of onion plants available to sell, Wallace distributed what he had to the growers who had been loyal customers through the years. This action earned him respect from Vidalia, GA growers for the way he took care of his customers. Dixondale Farms moves to a 2,200-acre farm 13 miles outside of Carrizo Springs, Texas. (This is still the location of the farm today.)

2009— With none of the children interested in joining the family business at this time, Bruce and Jeanie focus on grooming the next generation of leadership from trusted friends and qualified candidates in the area.